Invasion of the Crystal Palace Dinosaurs 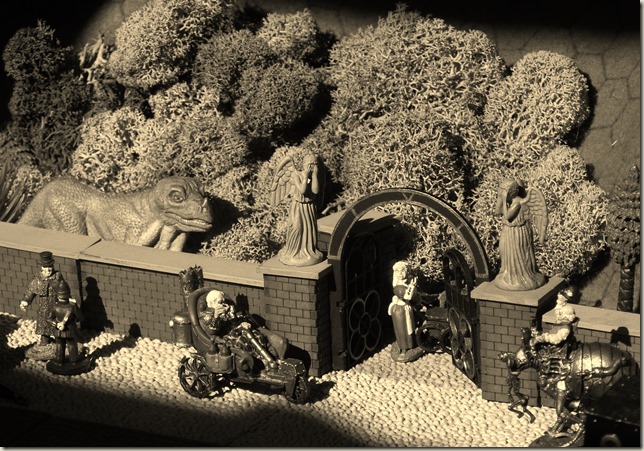 A tranquil street scene – just before the populace become aware that an Iguanodon has escaped from the Zoological Gardens.

There’s a Highland company called Antediluvian Miniatures that have started producing proper miniatures of dinosaurs, taking into account the very latest scientific thinking – of the 1850s. As yet their range is small, but includes the two most iconic early representations of dinosaurs: the Crystal Palace Iguanodon and Megalosaurus! (Also, not included in this post, but I have to mention them – three intrepid adventurer figures including Shug McClure, Raquel Scotch and the finest of all: Professor Peter Cushion, adjusting his monocle and preparing to fend SOMETHING off with a furled umbrella.)

I should also mention that Antediluvian Miniatures have a very cool t-shirt, featuring their mascot Professor Buckland. 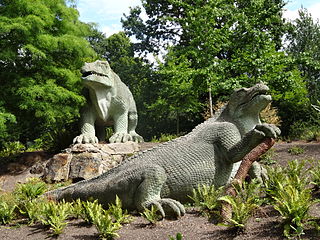 There’s a good chance you’re aware of the Crystal Palace dinosaurs, if not, then Wikipedia and other places are your friend.

The Iguanodon figure isn’t a perfect replica of either of the ones at Crystal Palace, but it’s more like the one standing upright.

The Crystal Palace dinosaurs are often given as an example of how scientists of an older generation got things hilariously wrong, especially the Iguanodon with the horn on its nose (now known to have been a thumb-spike), but the Iguanodons actually show a greater humility from Sir Richard Owen than our caricature allows. The two Iguanodons are different, with the one that Antediluvian have taken as their inspiration standing upright, while the other one is more lizard-like, and lounges on the ground with one paw up on a tree-trunk. There was doubt even at the time that these reconstructions were correct – they were just the latest theory.

When painting these two I tried to get something in between the look of the statues and something that could be a real beast, so the Iguanodon is a bit more vibrant than one of my paint jobs would usually be, making the faded shade of the statue look more lively. That’s the current colour of the statue, of course, as that's what I could find in photos; the colour they’re painted has changed over time as well as our theories of what the beasts were actually like. 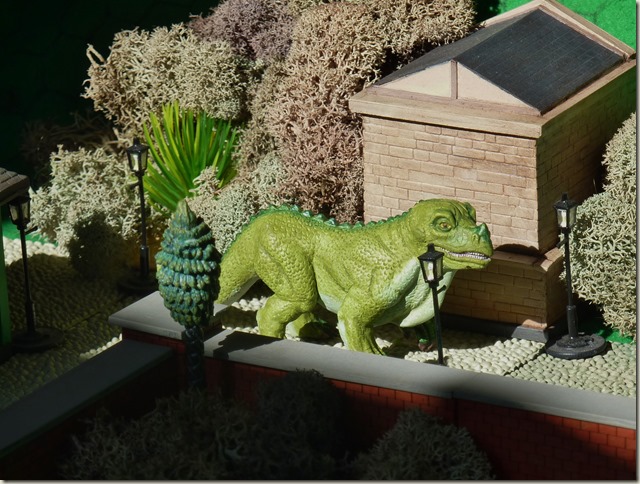 I defy you to spot the joins – both the Iguanodon and the Megalosaurus come with separate legs. I did apply a bit of Milliput as filler, but the fit of the moulded parts was really good, to a level that I know must be difficult for figure designers to achieve, judging by the frequency with which they don’t attain it. I was really impressed with these models. The Iguanodon is resin with metal legs, while the Megalosaurus is all resin. 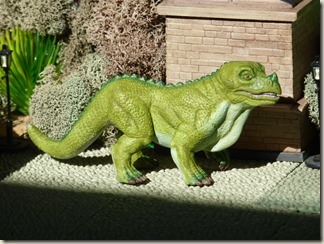 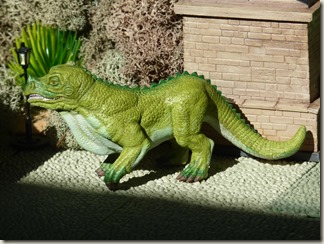 Rather annoyingly, there’s a mould-line that shows up in these photos of the Megalosaurus that’s actually hard to pick up with the naked eye under most conditions. The light in these photos hit it just right – or wrong. It’s also intended to look like a potentially living version of the real statue. The Megalosaurus also comes with scale replicas of the original fossils (not included in these pictures, and not yet painted, though I have some other scale fossils for them to go with). 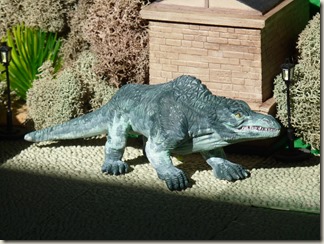 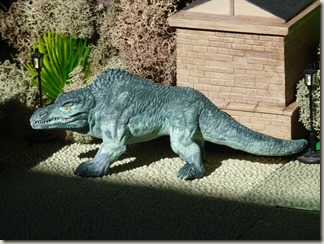 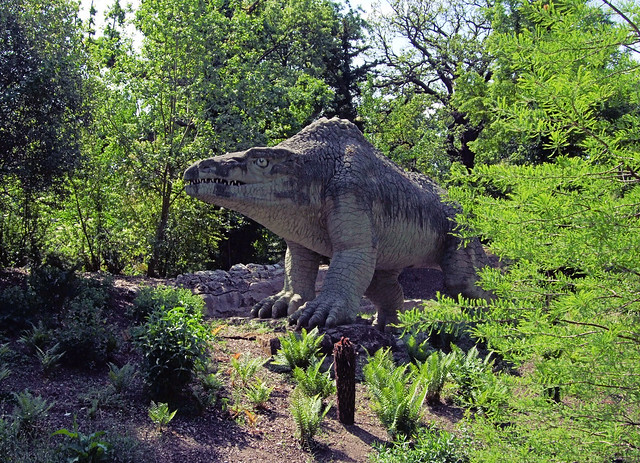