You may (or more likely won’t) remember that about 18 months ago after painting some jolly nice models I made some suggestions for new designs to Nathan Yeoman of Yeoman Models, and he expressed a definite interest in making one of them. For various reasons, I rather lost track of what Nathan was doing until recently I discovered that he’d completed what I’d asked for (in various scales, including 28mm) and it was on sale!

What I’d asked for was a particular feature of Victorian streets that I couldn’t find anyone making a model of – the cabbies’ shelter. These did exist in other towns, but so far as I’m aware the only place they can still be found is in London, where almost a quarter (13) of the original 61 survive. The Cabmen’s Shelter Fund was set up in 1875 by the Earl of Shaftesbury (among others) to construct and run these shelters, and is still looking after them today!

The cabbies’ shelter was built in the road, and wasn’t allowed to be bigger than a hansom cab – so to put it in modern terms, it only took up one parking space of the time. inside, cabbies could take shelter from inclement weather, and nosh on grub provided by a small, self-funding kitchen, all without leaving the cab stand (again in modern terms, the taxi rank).

The buildings themselves are quite distinctive – small, rectangular wooden sheds painted green, but sometimes with quite attractive panelling and fancy roof. I thought of designing a laser-cut model myself that I could have made by an online service, but ultimately I’m glad I didn’t soldier on and carry it through, because what I would have designed wouldn’t be as good as what I’ve got.

The 28mm cabbies’ shelter from Yeoman Models is a five part model cast in resin – four walls, and a solid roof. It doesn’t seem to be a replica of one particular shelter, but takes attractive elements from several of them. Nathan’s mouldings are very sharp, and although by the nature of resin castings a little clean-up was required, it was very minimal. I glued the four walls together with Araldite, and to make the roof removable, I built up a lip to go inside the walls by super-gluing on matchsticks and reinforcing with Milliput.

That was about it for modelling – the rest was paint. I’ve left the interior untouched for now, but I may attempt some representative additions in future like the stove from 4Ground. Here’s how it looks when done: 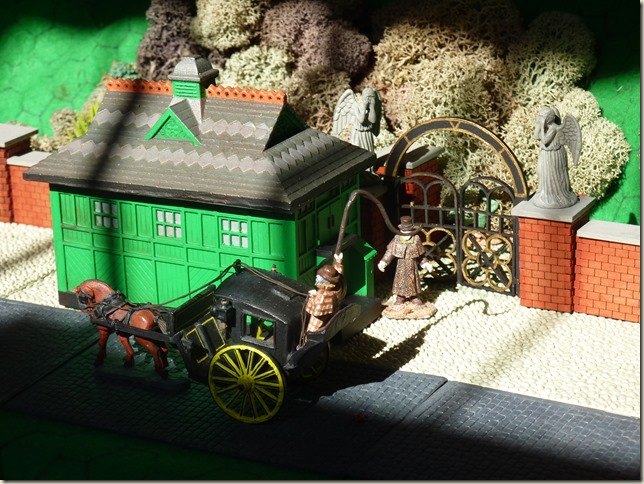 There’s a serving hatch, if you’re not stopping (or not a cabbie – only cabbies allowed inside): 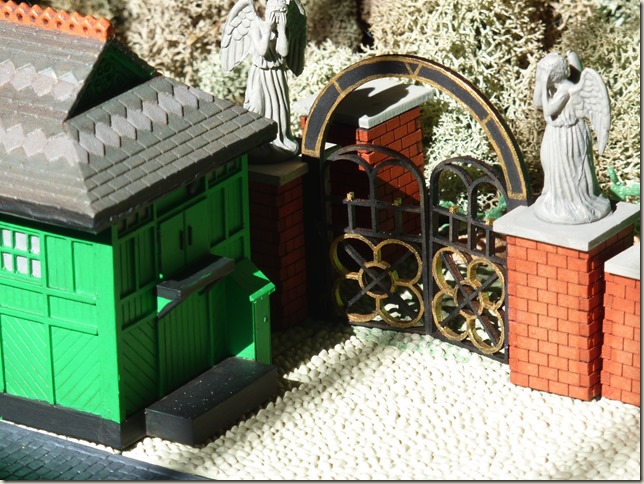 And here it is flipped 180°, to show the side usually facing away from the road: 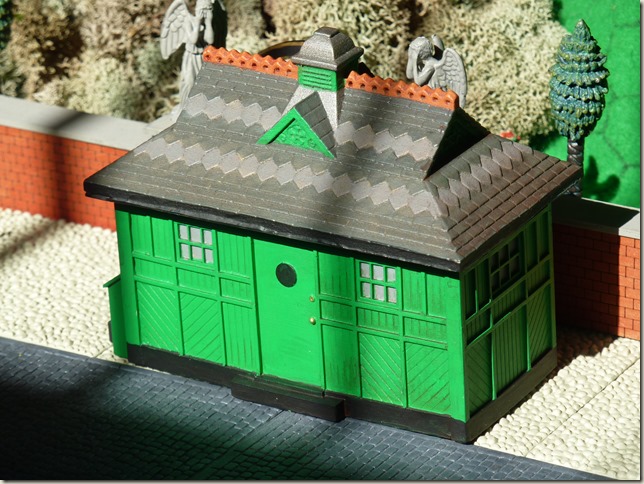