I Am The Master

Edit: I didn't know when I posted this earlier, but today would have been Roger Delgado's 97th birthday: #HappyBirthdayRogerDelgado.

I’m not a costumier. My skills stretch to sewing on the occasional button so, when attending Gallifrey One in Los Angeles, Roger Delgado’s Master was an easy choice for me. Although he does occasionally appear in extra-terrestrial garb, he’s mostly associated with smart dark suits, and as I mentioned last time, I’ve always fancied having something with a Nehru collar. The creative bit for me was constructing the Tissue Compression Eliminator, and

msinvisfem helped me by applying black and white hair dyes from Manic Panic. Apart from that, everything was purchased.

I tend towards dressing in black anyway, so enjoyed putting together an ensemble that unashamedly emphasised it. The suit was by Alvin Amario, and ordered from eBay. Although the Nehru collar went through a bit of a revival in the UK fifteen or twenty years ago, it’s a bit tricky to find on the High Street these days, particularly when your High Street is in St. Andrews or Dundee. The suit’s light and comfortable, and although I had to settle for an oversize waist on the trousers, they were OK with a belt. Underneath, I wore a matching shirt from Bargear in case it showed (but I don’t think it did). I should probably have worn a shirt with long sleeves, but I’m not a long sleeve person – I’m just not comfortable with them.

For footwear, I wore my usual brogues, but with black jacquard spats from Gentleman’s Emporium which I’ve had for a while. Spats are disappointingly hard to get hold of, but they’re an ace item of clothing. They look smart, they can be unobtrusive (I’ve worn dark spats in public and at work without comment, although the day I don the silver ones I expect people will notice) and they’re remarkably comfortable, snuggled cosily around your ankles.

I covered my hands with military dress gloves from Southcombe in black cotton. Delgado’s gloves seem to be leather and I could probably have worn the leather gloves I already have, but I thought cotton would be less bulky and warm, while still looking smart.

Was it successful? Judge for yourself: 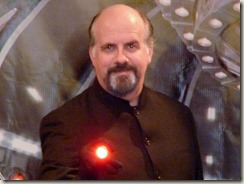 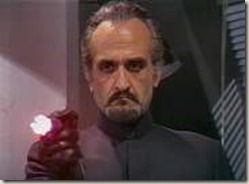 Didn’t quite manage to get the pose right and my expression’s more Ainley than Delgado, but I was pleased enough with it and got a number of compliments.

Finally, I stepped away completely from canonical pictures of the Master when I happened to find a watch among the Christmas novelties in Debenhams. Roger Delgado wore nothing like this, but if it had existed in the 1970s I’m sure it would have made an appearance in Doctor Who at some point: 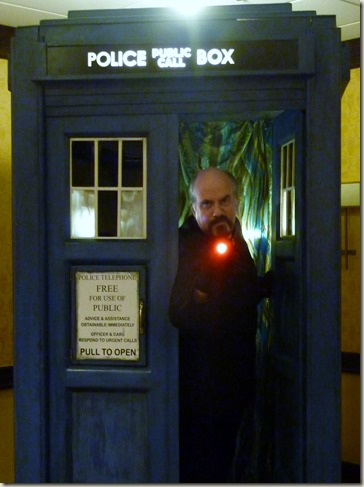 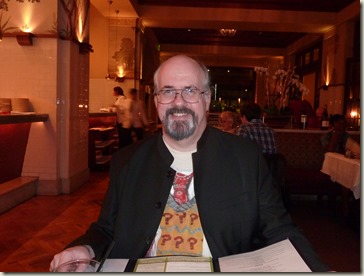