Last week I got my certificate for completing Dino 101: Dinosaur Paleobiology, from the University of Alberta. Like most people, the idea of dinosaurs gripped me when I was wee. I decided before getting to primary school that I wanted to be a palæontologist, and could bamboozle senior relatives with the word. (Or they were playing up to me. I couldn’t tell at the time and prefer the first version now!)

Time went by, and when I got to secondary school, I suddenly twigged that if I wanted to become a palæontologist, I'd probably have to do Biology, and that would mean cutting things up. A combination of squeamishness and conscience meant I really didn’t want to do that, so I gave up on my dream of palæontology and switched to wanting to work in electronics (also not right for me, but it took more years and a degree to reach that conclusion).

Last summer, a story on the BBC web site alerted me to Dino 101, a MOOC (Massive Open Online Course) starting in September, and I signed up.

Having been casually interested in dinosaurs for many years, I already knew quite a lot of material that the course covered – it is introductory, after all – but I also learned things. In the very first lesson, I learned what gastralia are, a detail of dinosaur (and crocodile) anatomy that despite all my interest had utterly passed me by. 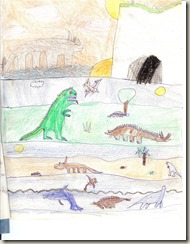 The course is nominally a video lecture a week, over twelve weeks, with a five question quiz after the lecture.  There are also lecture notes that are worth reading as there’s some material in them that may not be covered in the lectures. You can go at your own pace, however, so some people had finished the course within a day or so of it being opened up. I took it at a lecture a week at first, but picked up pace so that I rattled through the latter part of the course and finished in early October.

The lecture titles were: Appearance and Anatomy; Eating; Moving Around; Birth, Growth and Reproduction; Attack and Defense; Death and Fossilization; What is a Species?; Evolution; Stratigraphy and Geologic Time; Paleography and Plate Tectonics; Dinosaur Origins; and Dinosaur Extinction.

The only one that I felt was not entirely successful was the lecture covering Stratigraphy and Geologic Time. It was more or less a recital of geological time periods with a small amount of detail about what characterised each one before moving on to the next. It’s difficult to think of a different way of doing this, but it didn’t make for the most thrilling or memorable of lectures. Having said that, it did hold my attention a little more than the same subject does in writing, so maybe with repeated viewing some of it will stick.

And repeated viewing is an option! Although you can watch the lectures online and get the benefit of some interactive bits, you also have the option of downloading them for offline viewing, and I did both. The lectures are presented by Betsy Kruk, a research student, rather than the nominal course-giver, Philip J. Currie. This is kind of a TV approach to lecturing, which I have mixed feelings about, ultimately but it probably was a good idea. Though Professor Currie is a recognised authority you may have seen on other programmes and a good speaker, Betsy’s better at projecting her enthusiasm on camera and, having been in quite a number of dry lectures over the years on other topics, that really does help. 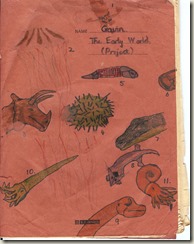 The interactive bits are a bit of fun. Most are quick quiz questions (What do you think is right? A, B, C or D?) before giving the right answer, but there are also a few puzzles (reconstruct this dinosaur skeleton;lay out this phylogenetic tree of the families of dinosauria) and a fossil cabinet. The fossil cabinet is treated as though it were a highlight of the course, and makes appearances throughout, with new fossils added each time, but I’m afraid it is a bit disappointing. The fossils, which you can turn around and look at closely, are low resolution 3D models, with no texture-mapping – so they look like poor plastic mouldings. If they were high definition, with use made of colour to show their real appearance (possibly with false colour layers to highlight points of interest) then this could really be a highlight. Unfortunately, as it stands, although it holds some interest, a highlight it is not.

As far as qualifications go, honestly, I can’t take any real pride in my 100% record on the course, as there’s a chance to retake each quiz and I would have dropped a few questions without that option. I paid $69 to have my identity confirmed while taking the quizzes (by photograph and recognising my typing pattern while entering a declaration), but that was pretty much for vanity – I wanted some proof I’d done the course, in the form of my certificate, but wasn’t pursuing it as a genuine qualification.

If I’d wanted genuine course credits for it, I could have paid a bit more in the way of tuition fees ($263) and taken two proctored exams. The exams would have been a bit more challenging and traditional, as they’re overseen by an individual who can view your screen and see you through a web cam, so there’s no cheating. Although I didn’t take part in that, it was interesting to read how technology was being used to enable remote exams.

I would recommend repeats of this course for those with an interest, although it might be a bit simple for those who are already well informed on this subject. You can sign up here. The first repeat started on 6th January, and you might be able to join it.

I enjoyed my first MOOC, and would do another, though with limited free time I’ll have to be a bit careful what I sign up for. 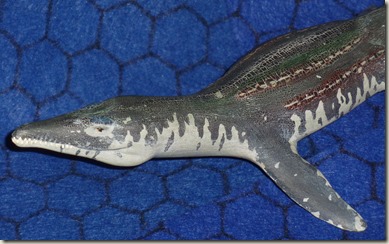